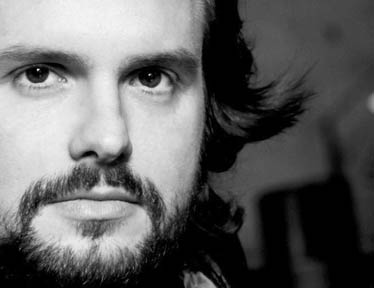 Thanks to the amazing aspects of social media, I was fortunate to have international award winning composer Ivan Iusco stumble upon my work. Its not every day that one is contacted by such an amazing talent, who is inspired by what you do and looking to see if there are ways to collaborate with each other.  Through my excitement and gratitude, I responded and we began the conversation on how we could collaborate regarding the work that he found which was my Phobia series.  During the time of our initial conversation I was preparing pieces from the series for my upcoming show at the Geras Tousignant Gallery in Palm Springs, CA and he suggested writing a soundtrack specifically for the show based on his take of my images.  What Ivan created could not have been a more fitting soundstory for the pieces, and his work was played during the opening of my show on May 12th.  I am beyond thankful for people like ivan who have found their way into my orbit and who have been supportive of my work and willing to offer their time and talent to contribute to the growth of it.  I am also very much looking forward to future collaborations with Ivan and will be sure to post news as work progresses.

Please check out Ivan’s website for more information regarding his amazing work www.ivaniusco.com

Ivan Iusco is an Italian award-winning soundtrack composer, now based in Los Angeles, who writes music for movies, documentaries, videoart and television.He debuted in the film industry in 1999, having composed the music for the Apulian cult movie “LaCapaGira” directed by Alessandro Piva, and went on to win Best Soundtrack at the Valencia Film Festival (2000).In 2003 he composed the music for “Mio Cognato”, a movie by the same director, for which he received the Nastro d’Argento nomination for Best Soundtrack (2000).Ivan Iusco has partnered often with the well-known Italian director, Sergio Rubini, composing the main theme for the movie “L’Anima Gemella” (2002), the soundtrack of”L’Amore Ritorna” (2004) and an additional score for “Colpo D’Occhio” (2008) which complemented the music of Pino Donaggio.His scoring career also includes “Ho Voglia Di Te” (2007) by the Spanish director Luis Prieto; “Fesibum/Maledetto Tag episode” (2009) by Dino Giarrusso; “6 Sull’Autobus” (2012) a project by Sergio Rubini produced by the Accademia Nazionale D’Arte Drammatica Silvio D’Amico (selected at the 69th Venice Film Festival); and “Da Che Parte Stai” (2016) by Francesco Lopez.He founded the pioneering Italian music label, Minus Habens, in 1987 (involving artists such as Angelo Badalamenti, Brian Eno, Aphex Twin and Depeche Mode), through which he continues to explore and publish avant-garde and cutting edge music.The track “Mobili In Mobilis”, taken from his album “Transients” (2015) has been nominated for the Best Instrumental Song at the 2016 American Songwriting Awards.

His current projects include a much-anticipated joint work titled “Between” with the Canadian artist, Cassandra Cronenberg.